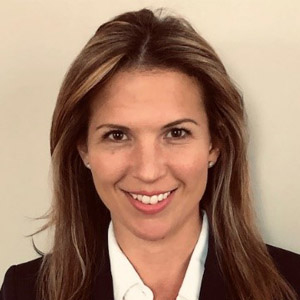 Samia Brahimi is a Senior Professional Staff Member on the House Foreign Affairs Committee. In this capacity she oversees the Commit-tee’s terrorism, transnational crime and diplomatic security portfolios. Samia also manages the South and Central Asia regional portfolio.
Prior to joining the Committee, Samia served as a Senior Professional Staff Member on the House Homeland Security Committee where she advised Committee members on terrorism threats to the Homeland and worked on issues relating to federal, state and local information sharing. Prior to this, Samia was a Detective at the New York City Po-lice Department where she spent nine years working in the Depart-ment’s Intelligence Bureau.
Samia also worked in the financial industry in New York City. Samia holds a B.A. in Financial and Business Economics from the University of Newcastle Upon Tyne, England, and an M.A. in Security Studies from Georgetown University.